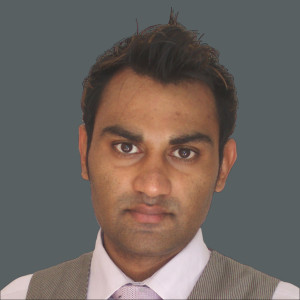 Prof. Bavesh Kana completed his Bachelor of Science (BSc) degree at the University of the Witwatersrand (Wits) in 1998, Johannesburg, South Africa with majors in biochemistry and genetics. He subsequently completed his BSc Honours degree in biochemistry and his PhD in mycobacteriology at Wits University. His postdoctoral training, at the Molecular Mycobacteriology Research Unit at Wits, involved the characterization of specialized DNA polymerases and resuscitation promoting factors in the tubercle bacillus, the causative agent of TB disease. He has also been trained in epidemiology during a summer school session in 2011 at the Columbia University Mailman School of Public Health, USA.

He has worked in several US institutions including the University of Pennsylvania, Texas A&M University, the Public Health Research Institute and Harvard Medical School. He has published numerous peer-reviewed articles, a book chapter, and reviews for various international scientific journals.

Prof. Kana currently serves as the head of the Wits University node of the DST/NRF Centre of Excellence for Biomedical TB Research where he studies tuberculosis (TB) with a focus on identifying novel drug targets. His current work focuses on fundamental questions regarding pathogenesis and clinical manifestation of TB disease such as how tubercle bacteria enter/exit from a dormant state, mechanisms of drug resistance and energy metabolism in mycobacteria. His work has enhanced existing perceptions of these topics and currently, he aims to investigate how these phenomena determine the outcome of TB infection in HIV positive/negative people. Kana has also developed new tools that enabled rollout of next-generation TB diagnostics in 18 countries.

For the collaboration, Professors Kana and Churchyard propose to study the physiology of viable but non-culturable tubercle bacteria in HIV infected and uninfected TB patients and to expand their collaboration to assess drug tolerance in RPFd bacteria and to gain insight into some of the clinical phenomena associated with TB Disease.